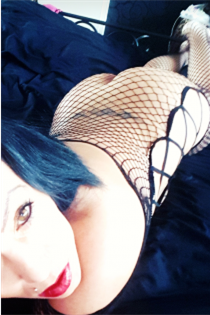 Each show will be new and exciting and every day will i will have a new sexy them. Highly educated with a distant european background i love to chat and get to know someone looking for more than a body, looking for someone who is easy to talk to and genuinely a nice person discrete conversations. Look forward to seeing you there! I will be doing sexy shows and then taking requests from generous patrons at the end of my show. Naya is a world famous stripper working at top clubs.

Anyhow, I just had some friends over to my place, and one guy stuck around late (very late, actually, as it's 3:30)(FYI, a Brit). I am still trying to understand where this came from, but we ended up standing in the hallway kissing just before he left. This was someone I was interested in vaguely before I met the Christmas guy (FYI eastern european, so hopefully not CIA). And do you know what? As I was standing there smootching the Brit, I was thinking about the one who just jerked me around.

Their are TWO GUYS...One is "Childhood" friend...The other has feelings...

No offense, Tim, but she sounds like a real hooch. You really want to be dating a guy who's letting other guys see her coochie-pop? Doesn't she have any class or dignity or self-respect? Hell, she might as well just take picture and pass them out, or rent a billboard.

and don't judge her if it was an unplained prenacy, at least she kept the kid unlike most girls that just have an abortion.

I am a 63 yr old drug and disease free divorced male. I am Tired of doing things alone! Where is my sweethear.

I know...imagine how uncomfortable it makes me to watch that with her sitting right next to me. I have the overwhelming urge to scream "bull****..lesbians don't sleep with men!! That woman is a repressed bisexual just like you are!!!"

Edit: Well my ideal woman would be a delicate one

laid back, funny, likes to have a good time..would rather spend time in the country than city...like to load up the bike and trailer to head for the mountains..like to find nice secluded area to.

KIK me: Partyof2 I'm a romantic, caring, spontaneous, loyal, down to earth, upbeat, and responsible person. I tend to enjoy the simple things in life. Going to amusement parks, the beach, camping.

Ha ha! I think so. And the Whiney-boys, they will argue against any point a woman makes if it has anything to do with a woman's delight and happiness. It is all black and white with them. Very meek-like.

Wish girl in back was infront! She looks gorgeous.